What is Considered Smoke Damage? Everything You Need to Know About Repairing Your Home

What is Considered Smoke Damage? Everything You Need to Know About Repairing Your Home

Although we would like to think so, no one is immune to a house fire. A house fire is a devastating, stressful event that can happen to anyone, at any time. Smoke damage is considered as the leftover residue on clothing and furniture after a house fire has occurred.

If you’ve recently experienced a house fire, you’ll want to keep reading to find out what to do when all of your valued items were damaged by a fire.

What is considered smoke damage? What types are there?

It’s important to keep in mind that smoke damage is caused by smoke, not by the fire
itself. Smoke damage occurs when an object is physically damaged or destroyed by the enormous amounts of smoke that are produced by fires. While smoke doesn’t destroy the same way fire does, smoke still manages to wreak havoc on many daily objects used every day.

However, the type of smoke damage you’ll see depends on how the fire started, and the temperature at which it burned. Note that fires not only occur at homes – they also can occur at other public places such as schools and places of business. Smoke damage can come from:

Commonly known as one of the hardest types of smoke damage to get rid of, wet smoke is ultimately caused by low temperature, slow-burning fire. If there’s damage from wet smoke there will be a sticky residue left over which is tough to clean.

Unlike wet smoke, dry smoke happens with high temperatures and fast-burning fires. Smoke damage from dry smoke leaves behind a powdery residue, however, it can be wiped off hard, solid surfaces with ease.

Everyone has burned oil at least once, and this is where petroleum smoke comes in. The smoke from burnt oil is unmistakably dark and thick. Petroleum smoke residue should be cleaned up immediately, the smoke will make furniture and flooring greasy to touch.

This type of smoke damage comes from food that has thoroughly burned. Protein smoke has an unpleasant, strong odor that can stay around for hours on end. Since protein smoke is so light in color, it’s hard to find the soot from protein smoke.

What are the health risks associated with smoke damage?

Your health can be at major risk if you are around smoke damage for extended periods. Smoke damage needs to be cleaned and removed to prevent an increased risk for health issues.

If you don’t repair smoke damage, you have a chance of:
❖ Eye Irritation
❖ Asthma
❖ Chronic Bronchitis
❖ Respiratory Issues
❖ Emphysema

Now you’re probably wondering what smoke damage does to a home. Spoiler alert: any type of smoke damage can make your home completely inhabitable.

How does smoke damage affect your home?

Experiencing a house fire means smoke damage is guaranteed to happen to all of your belongings. When you have belongings that have obvious smoke damage, it’s not safe to be around them.

Furthermore, the air inside of your home becomes unsafe to breathe because of the fine particles from the smoke that stay in the air once a fire has been put out. Smoke
damage isn’t only harmful to furniture, it hurts the current state of your health.

Smoke damage can be repaired, and should be repaired, particularly for health and safety reasons. It’s best to have professionals take a look at the damage. They can take care of the damage in a cautious, effective manner.

Repairing smoke damage normally costs homeowners around $3,000 to $40,000. The cost will be heavily based on the size of your house, and the amount of smoke damage that has been done to your personal belongings.

Is it safe to stay in a house that has smoke damage?

Every time you take a breath, you’re breathing in harmful particles floating around in the air from the smoke damage. Even short-term exposure to these particles increases your chances of problems with the health of your lungs. The best thing you can do is create a plan to fix anything valuable that’s been damaged by smoke.

The Importance of Fixing Smoke Damage

Taking care of any smoke damage inside of your home should be a top priority after a house fire. To begin repairing what smoke damage does to a home, we highly suggest contacting a professional company to start the process. By getting in contact with professionals who know exactly what they’re doing, getting rid of smoke damage ends up being a piece of cake. Let them worry about everything, so you can focus on other important tasks at hand. They can properly assess the amount of damage that occurred, and take the right steps to fix the state of your home.

PrevPreviousHere Is How Water Can Damage a House Foundation and How to Identify Problems
NextHow Do I Stop My Water Heater From Making Noise?Next 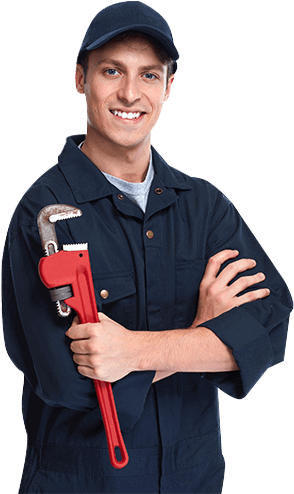